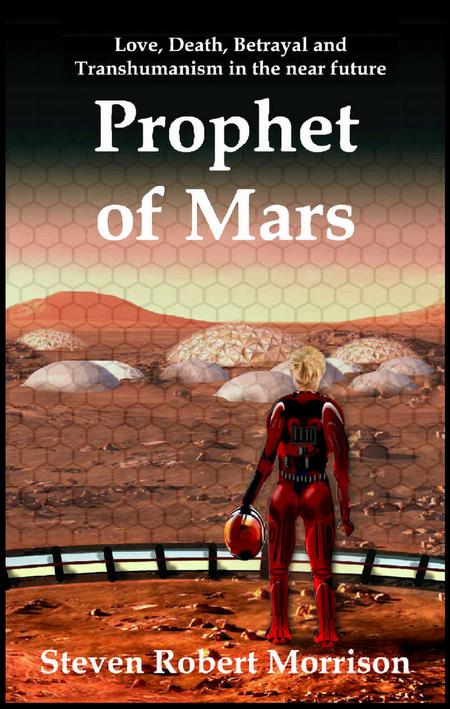 Set in the near future a base on Mars finds itself facing isolation and hostility from Earth and from within. While dealing with their own personal issues the characters face the questions of the origin of life, evolution, transhumanism, immortality, imminent war, an influx of refugees, betrayal, corporate conspiracies and a hostile planet. Rarely is anything or anyone, what or who they seem.

Set in the near future, a base on Mars faces a combination problems from the quest for scientific knowledge, the power of corporate conspiracies, revolt against religious extremism and the discovery of an fossilized organic material. This leads to those on the isolated station facing an uncertain future.

In this book we follow Roselyn St. Croix, the head of the hydrology department on Mars through her discovery of self, society and her troubled relationships. As well as what would happen to society if life was discovery beyond the Earth.

The book looks at the issues and the ethics of life, evolution and transhumanism. As well as the religious questions of our origin, in particular the question: Are we created in the image of God or did we create god in our image? It looks at the challenges and triumphs of the human spirit along with our frailties.

Fossilized organic material is discovery on the Moon, Mars, on the Jovian moons, and similar active compounds are found in the atmosphere of Venus and on one of Jupiter's moons. This occurs while two grass root movements start up around the world. The first is the Earth First movement which is seeking to limit or cease space exploration. The second is founded on a document called the Universal Codex of Truth. This is a document uniting all global faiths in peace based on their common similar tenets. It was proposed after a limited three-sided nuclear exchange, and is now used by most governments as a tool for the suppression of many freedoms.

The people on Mars, on the Moon and in Earth orbit are seen by both these groups as rebels or heretics. As events unfold Mars must stand alone against many forces.

This book is a stand alone work, and will be the basis for additional novels, novella and short stories.

“I think I would fare well on Mars,
where the ceaseless red,
soothes tired eyes,
while slowly eating at the soul.”