CLASSIC WISDOM is a collection of quotes and axioms primarily from Roman orator Marcus Aurelius adapted, re-phrased and explained for everyday life in the 21st century 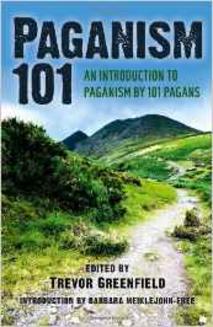 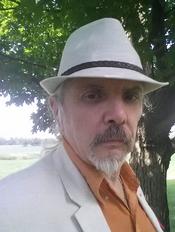 A mere 30 years ago, in an era of discovery, I had billed myself as a "Poet, Lover, and Cynic", as of now many things have changed a great deal, however I think more apt labels to apply to describe me for my modern would be, "Mystic, Writer, and Corporate Psychic".

Yes, it is a strange transformation from one period of life to another, a stranger transformative shift from one intangible set of labels to an equally strange set... but that is all you need to know about me.  What you see today may not be who I will be tomorrow nor who I will be 30 years from now, perhaps who you see me as today, may not even be who I am today. 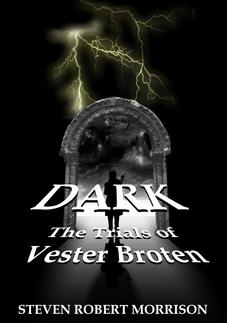 Many years ago, (20+) someone was talking about Fae characteristics, and was telling people what FAE traits they had. I asked what mine were... he said I was the most human and the least Fae person he had ever met.

... I thanked him for the compliment

WHITE is the story of one man, Vester Broten, embarking on a fantastic journey taking him to an endless white Void, then to the land of the Gods, a place he calls Godland. From a hilltop in the ancient land of Elam 4,000 years ago to the gilded and marbled corridors of the Vatican. With the Goddess Anahita as his guide and mentor, he learns the true nature of Man, and he discovers his destiny.

Now lost to us, in the myths of legend and the mists of pre-history, there was a time when humanity had magick. When we could alter time and space. When we communed with the gods and with nature. The Fae, with who we shared the Earth, saw Man as a threat and wished to exterminate us. The only way to save Man was to mix our blood. This robbed us of our birthright. We have a distant memory of that time, but like a fading dream, it remains just beyond our grasp.

The Fae once again see Man as a threat. The poisoning of our bloodline has gone on long enough. This time we will fight for our lives, our world and our magick. Let the Godwar begin.

Caswell Stewart, is a young astronomy professor along with her assistant Jax, they discover a deep space anomaly far beyond the solar system. Further study shows it to be heading into our solar neighbourhood at an amazing speed. Using real science and real resources mankind is in a race to save the world.

From Central Michigan to the high Chilean Andes, and from Hawaii to the Drakensberg Mountains of South Africa. the race is on. As it was foretold in the creation myths of the San peoples of South Africa, so it unfolds across the world. 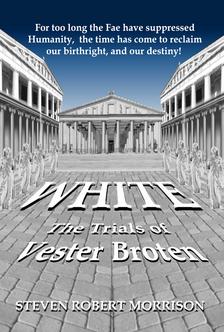 I have loved reading and writing for most of my life. It is strange how we can forget some aspects of our childhood. I had to ask my mother, if I read a lot as a child, she said I read everything. I have written things from the Book of Revelation in poetry to performance manuals for optical labs, to award winning reports for improved efficiency and productivity for the Canadian Revenue Agency.

I have written poetry that has been publish on four continents and translated to other languages, contributed to various international anthologies on subjects from the poetry of "urban despair" to essay on the fundamentals of witchcraft and paganism. Currently my penned interest is in science-fiction and fantasy

PAGANISM 101 is a collection of essays and opinions. I am one of, as the title would suggest, 101 contributing authors ifor this book. We are from all walks of life and from around the world.
My thoughts are on the tools and power employed in RITUALS

Roselyn St Croix, is a hydrologist on Mars. Set in the near future, the first human settlement on Mars faces a combination problems, both from within and from without. As well from the those on the quest for scientific knowledge and from those against exploration.

Those on Mars fight the power of corporate conspiracies, revolt against religious extremism and the discovery of an off-world fossilized organic material. This leads to those on the isolated station facing an uncertain future. All of this as well as dealing with the changes to what humanity is, and what constitutes being human. 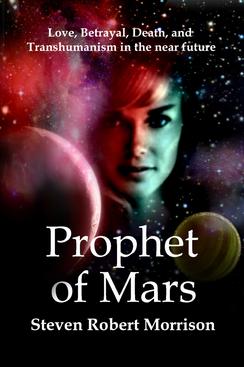 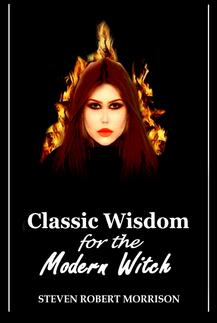 I have done tens, upon tens of thousands of all types of readings, from in stables with goats to the NAC, from coffee shops to the elite private and public locations here in the nation's capital.

My forensic specialties have presented me with clients running the gamut from colleges and universities, to Fortune 500 companies, and police department and legal firms to political parties, and across North America from Ottawa to New York and Galveston to Las Vegas.​

DARK is the immediate follow up to WHITE. It follows Vester Broten and the others from the Vatican to Crete and to Mexico City. Along with the Goddesses Anahita and Isis, the God Mars, and the powerful Aztec God of War Huitzilopochtli taking the fight to the FAE realm, to reclaim our human destiny. 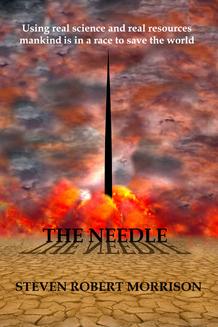